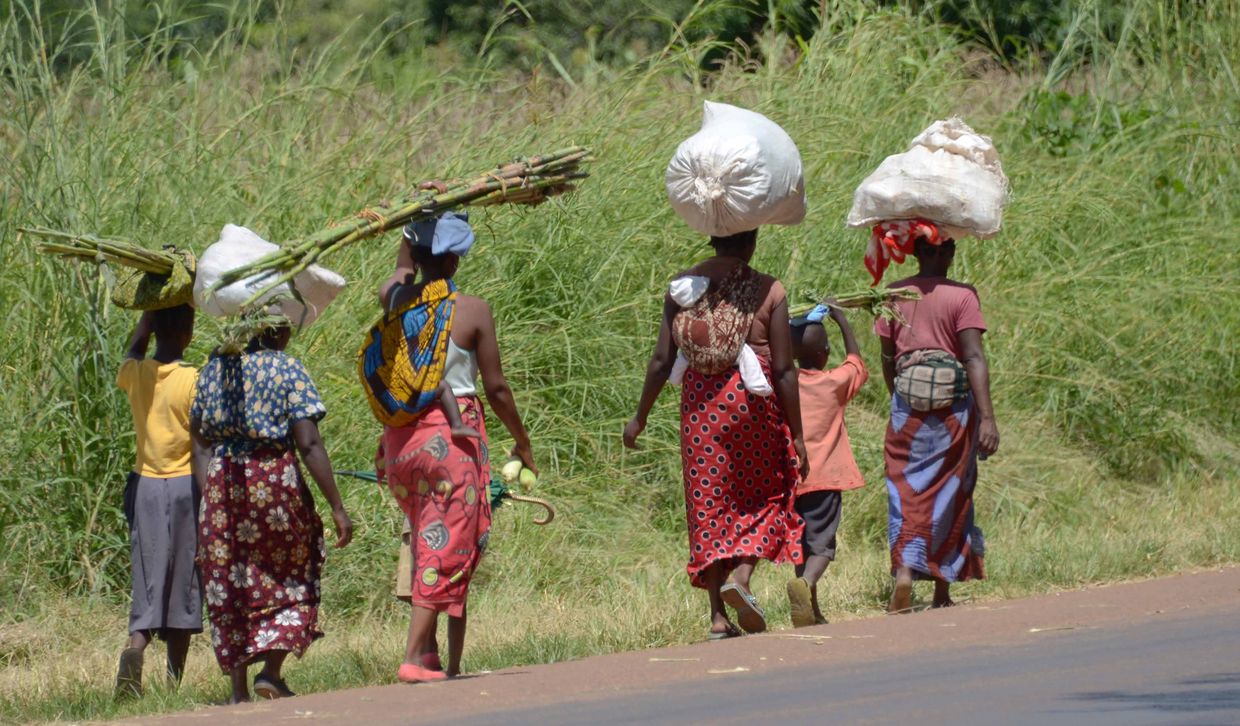 In Africa, 80% of farmers are women; in Asia it's 60%. In spite of this, women suffer more from malnutrition and associated disease. 7 out of 10 of the world's hungry are women and girls.

‘Gender’ is increasingly being placed on the goals lists of development agencies around the world to the extent that an agency now needs to have a gender policy to have any legitimacy.

Women and men are different, no brainer right? Different bodies and preferences, leads to different needs and concerns. Health services thus need to be tailored to fit the physical needs of women and men separately, particularly regarding reproduction. But there’s another layer. Gender refers to the socially constructed expectations and patterns of behaviour that societies place on people because of their physical bodies – in Australia we expect that women, not men, will change their name upon marriage; that men won’t wear skirts; etc. It goes a lot deeper than that, but you get the idea.

A focus on gender as a category for development recognises that such social standards have consequences, often devastating ones, for the real lives lived by women and men. It is an undeniable fact that women as a group experience a lower status, life expectancy and quality of life than men world-wide simply because they are women.

For example, in Africa, 80 per cent of farmers are women; in Asia, the figure is 60 per cent. In spite of this, women suffer more from malnutrition and associated disease. While women primarily prepare the food they are usually the last to eat, and often what is left is the least nutritionally rich food. 7 out of 10 of the world's hungry are women and girls. This in turn leads to high levels of death in childbirth - 300 per day - and low birth weight among infants. It's a never-ending spiral of deprivation and weakness, sickness and death.

And so when we talk about gender we often end up talking about women. This is not to deny the issues faced by men, but if we are seeking to alleviate poverty and the single largest group of underprivileged people is women, then much of our poverty-alleviating efforts must focus on women and the reasons that they are impoverished. And these reasons are deep and complex, with religious, cultural and power-based dynamics at play.

Maranatha Health engages with these realities, as Kim Findlay’s words [following] show. If people are experiencing poverty, ill-health and increased mortality simply because of their gender, then MH must seek to address the causes not just the symptoms, though this is often easier said than done. 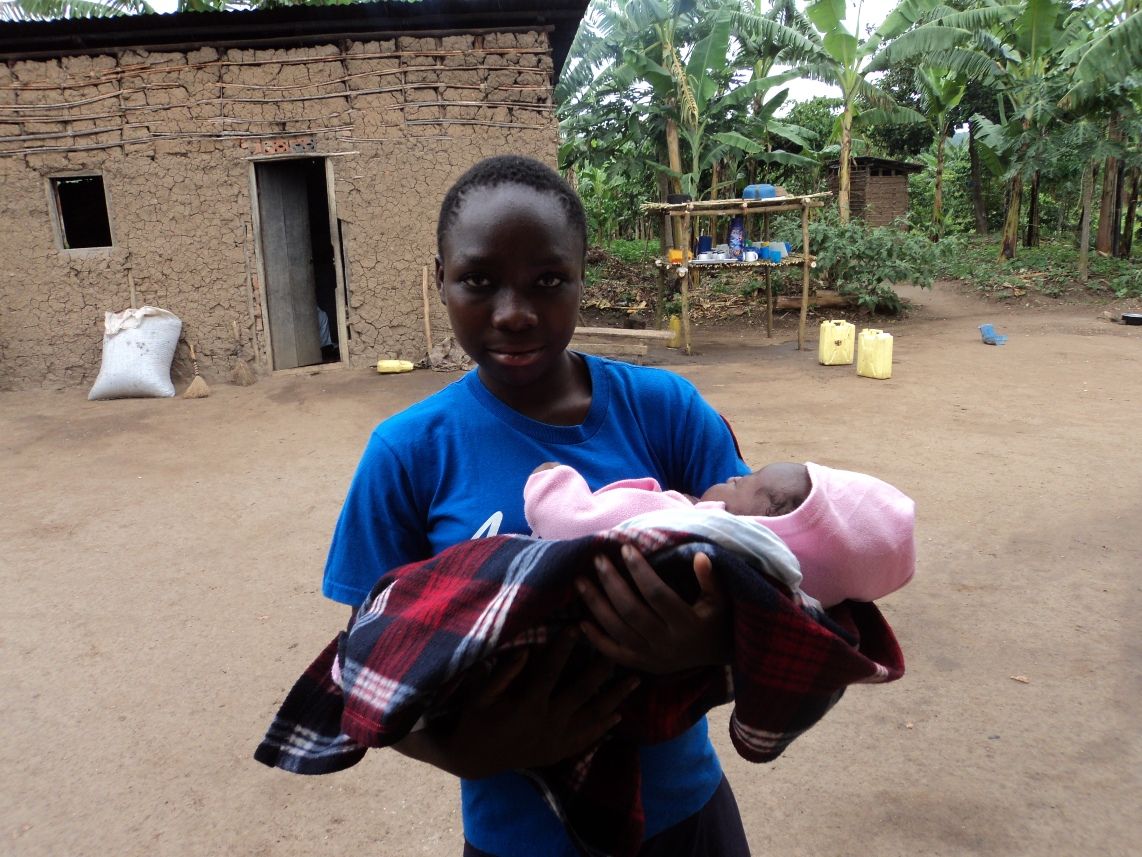 The gender constraints of a society/village/family impacts women’s lives in significant ways – nutrition; access to resources such as education; violence; the ability to make choices. But nowhere is the gender-bias more obvious than sexual and reproductive health.

Each year half a million, or 1 in 48 women, die from pregnancy-related causes. 50% are in Africa. 70-80% of these are from direct obstetric causes – complications during pregnancy, labour, delivery or in the postpartum period. While there’s a clear link between maternal mortality and poverty – access to health services, transport, malnutrition, youth, etc. – there is also a gendered-power link. Access to services and transport often depends on the willingness of male partners to relinquish income for transport and time to attend clinics. That women receive less food to eat than men, even during pregnancy, is another factor relating to power and adverse maternal outcomes. A malnourished women gives birth to a malnourished child, and if that child is a girl she will likely remain malnourished for the rest of her life and continue the cycle.

There’s also a strong link between maternal deaths and HIV. Each day over 8,000 people become infected with HIV, and half are women (and it’s not women who are bringing the disease into their homes). An HIV+ woman is 1.5-2 time more likely to die from pregnancy-related causes than an HIV- woman. Women’s heightened risk to HIV lies in their lower status and decision-making power. Women are by and large economically dependent upon men, leaving them without power to negotiate around safe sex, and thus vulnerable to violence and sexual coercion.

Kim Findlay [Director of Community Development, MHU] was talking with clinical staff about Contraceptive and Family Planning training one afternoon. One staff shared her experience with family planning programmes in the village and, as Kim’s was researching a Master’s thesis was on fertility choices in Kamwenge, focusing on reproductive rights and normative cultural values/expectations that constrain choice at the time, she asked how women in the region received the idea of contraceptive advice/counselling. The answer was devastating.

‘Some do not want it. But there are many that do. The problem we are having is that husbands do not allow their women to use contraception… A few months ago, there were a big number of women in my home village that got the Implanon [a contraceptive implant}, in secret, so they could stop producing [having children]. But the husbands got very angry. Some were thrown out of their homes and villages. Others were beaten.’

This is backed up by various studies: African women, particularly in rural areas, say that men are the principal obstacles to their being able to convert their reproductive choices into reality.

A midwife who has worked for 25 years in developing countries, sums this all up: “If hundreds of thousands of men were suffering and dying every year, alone and in fear and in agony, or if millions upon millions of men were being injured and disabled and humiliated, sustaining massive and untreated injuries to their genitalia, leaving them in constant pain, infertile, incontinent, and in dread of having sex, then we would all have heard about this issue long ago, and something would have been done.”

Fortunately there are some encouraging steps in some places. Studies in Kenya comparing rural and urban use of contraception showed that urban women were as able to exercise their choices as urban men. Education of young people around sexual and reproductive health and rights, safe sex practices and HIV prevention, and women’s human rights is resulting in change in social and cultural attitudes to women. This in turn is positively impacting respect for women’s sexual and reproductive rights.

Let’s hope this soon becomes the norm across Africa and beyond!