A MESSAGE FROM THE BOARD CHAIRS

MH Uganda - a word from Ephraim

Maranatha Health has been on an amazing journey in 2014. Michael and Kim have spent many hours considering the next phase of Maranatha Health and what form this will take for the coming years. Early in the year they flew back to Uganda to see if they could move on to a new project in Fort Portal. They came back full of hope but still with many questions.

In the middle of the year I was voted on to the board as chair. From that time to now much has happened. Kim and Michael put together the forms required for GDG (Global Development Group) for a new project in Fort Portal which was accepted. Maranatha Health Uganda secured a site in Fort Portal for a clinic & community development base, with room to move the container operating theatre to the site. We held the Spring Party in September and thanked a number of the board who had served willingly and faithfully over an extended period of time. Those who stepped down were David Findlay (Chair of the Board), Grant Carr and Gaynor Johnson.

The board spent much time considering a partnership TACSI (The Australian Centre for Social Innovation) to support the new capacity building project, which we consider vital in order to bring about positive changes to the health system in Uganda. The first step in the process has been completed with Kim, Michael, Liesl, Cathy and myself attending a day’s seminar with TACSI considering many possible directions for the project and considering the risks and value of each possible step.

As a board we have considered our structure moving forward and have created a number of teams to expand the core work of MH Australia. The teams are or will be working in the following areas:

The Marketing team has met in the last month and put together a calendar of main events for the year…Autumn Gala Event, Maranatha Month in May, Winter Quiz Night and Spring Party. Catherine Carr has offered to lead the prayer team and currently has a number of people willing to join her. A terms of reference has been developed for this group’s operation. Both the values and operational principals of the organisation and the Board Manual have been reworked and updated in past months. The manual is nearing completion and will serve as an excellent tool in supporting board members to understand their role and responsibilities. Thanks to Julie, Liesl, Kim and Michael for their work in this area. A privacy policy has also been written and adopted.

During the year we have realised the need to recruit new members to the board. We decided to advertise this need to the community at large via the website and social media sites. This has proven to be positive as we have had several responses to our request. We recently elected two new board members - Josh Boyce and Andrew Geytenbeek. Read more about them here.

Throughout this challenging time many faithful supporters have continued to give, to support in prayer and share the story of Maranatha Health with those around them. We say thankyou. As we send Kim and Michael on their way to Uganda late in December there is much to be thankful for and much to do. The phase 2 project is exciting and we look forward to the amazing things God will do both in Uganda and here as we change and respond to the needs of the people in Fort Portal. We thank God for His blessing on our organisation and look to Him for guidance and protection in the coming year. 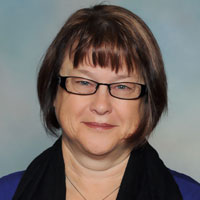 A word from Ephraim

Dear friends and supporters of Maranatha in Australia, I salute all of you in the precious name of Jesus Christ. It has been long and frustrating the last two years. The Ugandan Board suffered a big blow and our partners Michael and Kim had to come back home temporarily. From the start, we thought that help could come by soon but it did not. I can imagine that you too felt disappointed at the turn of events.

As a believer of the almighty God, I have been wondering why and how this could be allowed in the Kingdom business. The Spirit of God reminded me of the story of Job which many of us read about in the bible. Job went through a lot of trouble for no fault of his own. The bible tells us that he was a righteous man who walked with the Lord but the devil tormented him. I was very shocked when I learnt that he suffered for nearly sixty years. What a pain! Yet Job encouraged his family and never lost hope or trust in the Lord.  In Job 42: 10 we are told "After Job had prayed for his friends, the Lord made him prosperous again and gave him twice as much as he had before."  Sometimes I feel like the Lord allowed this for a reason we are yet to discover. Paul Brown once said that you can learn a line from a win and a book from a defeat.

The Lord has opened another opportunity in Fort Portal town which is a bigger town with as much needs as Kamwenge. We are happy to start here while we wait to resume work in Kamwenge. I therefore wish to encourage you to keep enthusiastic and faithful to the cause of women and children in Uganda. Dr Michael and Kim are a precious gift to us and we are proud to have them back in ministry with us. Please keep praying and supporting this great ministry and the Lord will bless you mightly.

We wish you a Merry Christmas and Happy New Year. 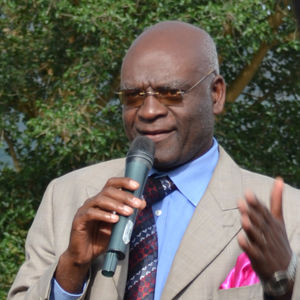 < back to latest news

Give monthly to ensure children can access the high quality care they deserve: We know that there are no quick-solutions to poverty and broken health systems. We are committed to our communities for the long-haul, to see children thriving and able to access life-saving care.