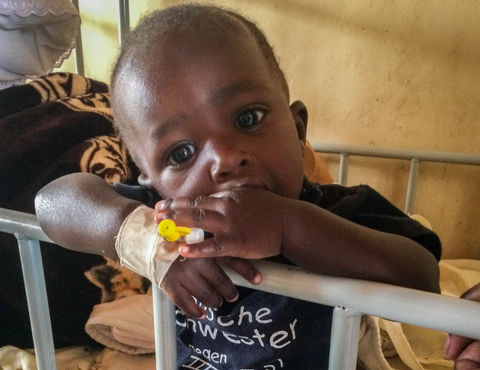 I met little 8-month-old Beatrice Kobusige on a Tuesday morning ward round. She was by far the happiest, and loudest, child on the ward and loved making all the staff laugh along with her. However, I was told that the previous morning she did not look so happy and healthy.

She was brought in early on Monday morning with a 4 day history of cough, reduced appetite, and fever. She was diagnosed with pneumonia and started on IV antibiotic therapy, with IV fluids and supplemental oxygen. Like many young children, Beatrice made a remarkable recovery over the next few days. 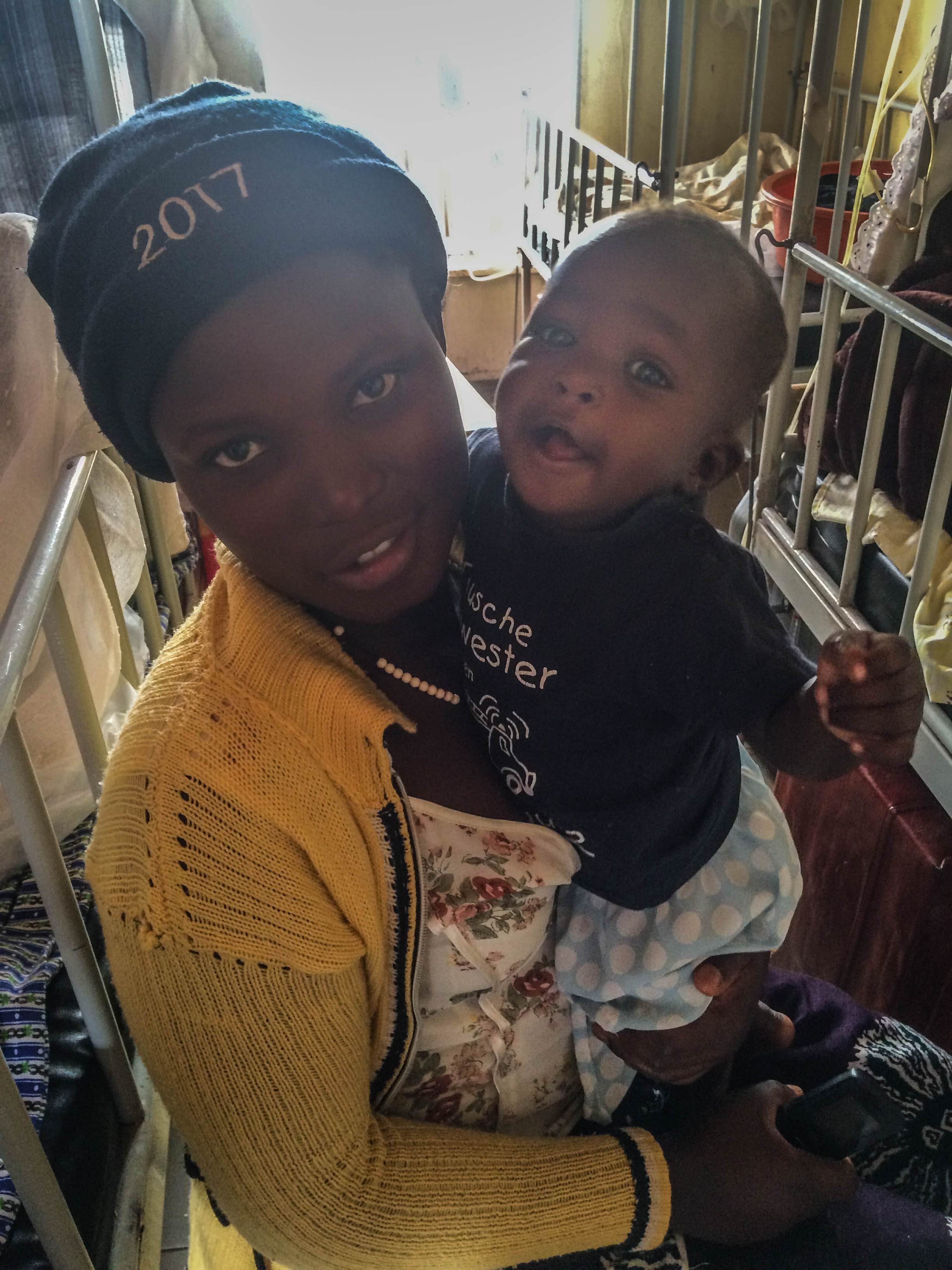 Beatrice with her relieved and happy mother, Jessica

Children all over the world are very resilient and with the right treatment they can bounce back very quickly. The key, however, is to implement the correct treatment as early as possible. On further questioning, Beatrice’s mother explained that she had first tried a herbal liquid, and when Beatrice did not improve she took her to their local clinic. Unfortunately, the clinic did not correctly diagnose her condition and provided the family with an inappropriate antibiotic. Beatrice continued to deteriorate, so her mother brought her to Maranatha Health Centre. Fortunately Beatrice made it to Maranatha in time and was treated and cared for by the brilliant staff, and as a result she made a full recovery.

Beatrice’s story is not uncommon. Whilst volunteering at Maranatha I met many young children who had received delayed medical treatment as a result of the families first wanting to use herbs or get treatment from local healers. This can be very dangerous for the child and can lead to increased morbidity and occasionally mortality. Maranatha continues to conduct research projects to discover why families are still opting to first use herbal medicine, in the hope to better understand local customs and to work together and educate families so we can work towards decreasing the child mortality rate. 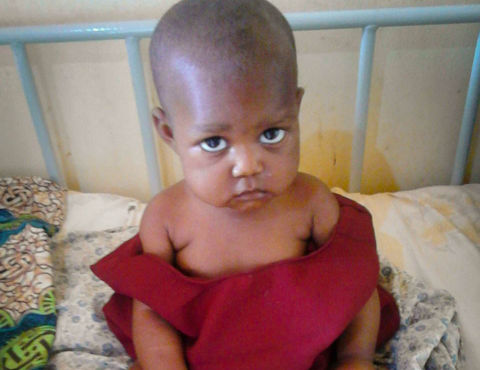 Josehine, a precious 2-year-old, was carried to our clinic by her elderly grandmother. Josephine was severely malnourished, and swollen in her face and limbs as a result. She weighed just 5.2kgs, which is far below a healthy 2-year old weight. Jospehine was admitted her to our inpatient ward, with her grandmother stayed by her side (and a mattress on the floor, as is usual in Uganda). Our staff focused on a specialised feeding regime, and offered education and instruction to her grandmother to help her ensure Jospehine receives adequate nutrition in the future. After one month in the clinic, Josephine weighed a healthy 13 kg, and was able to go home. 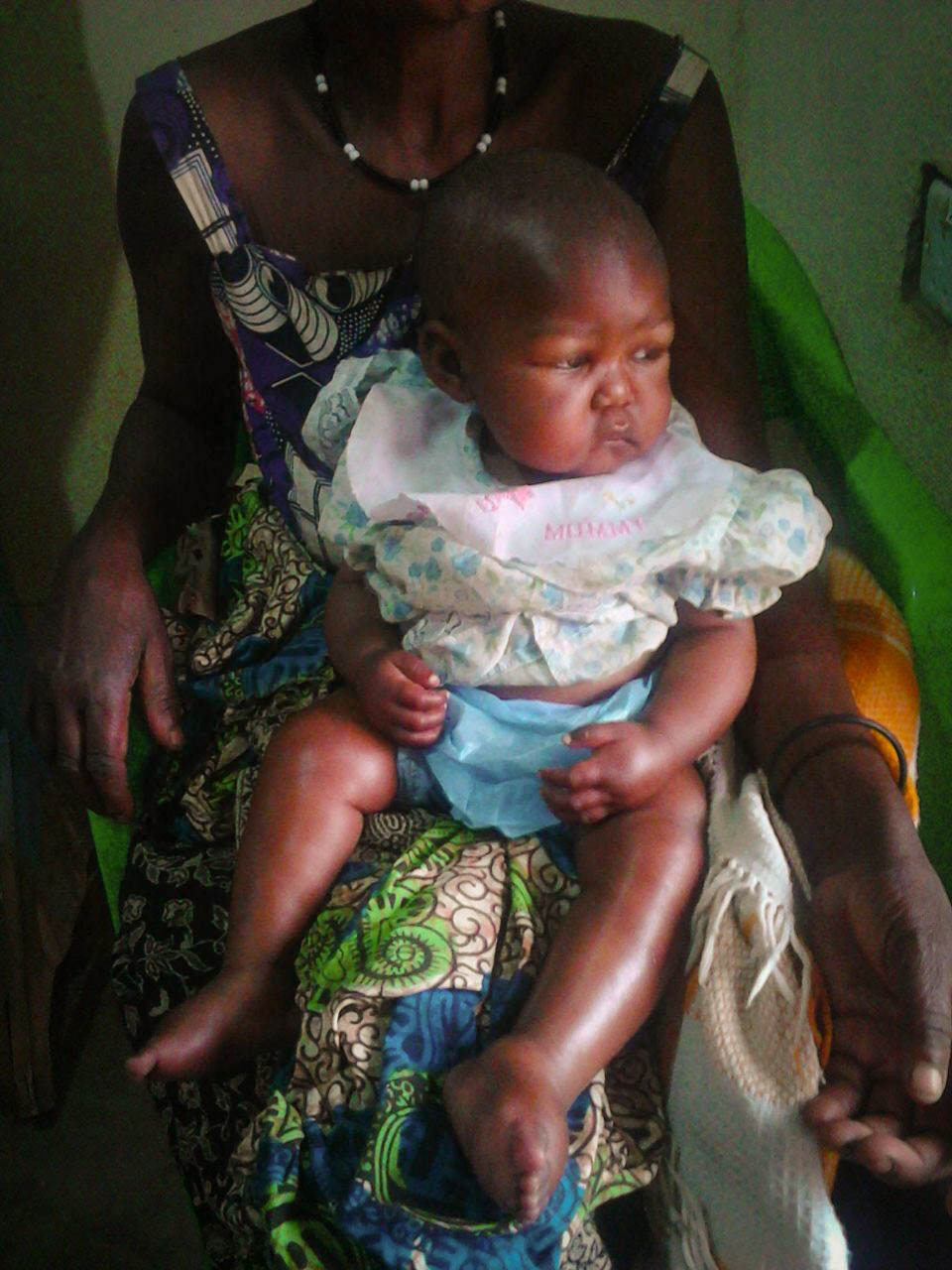 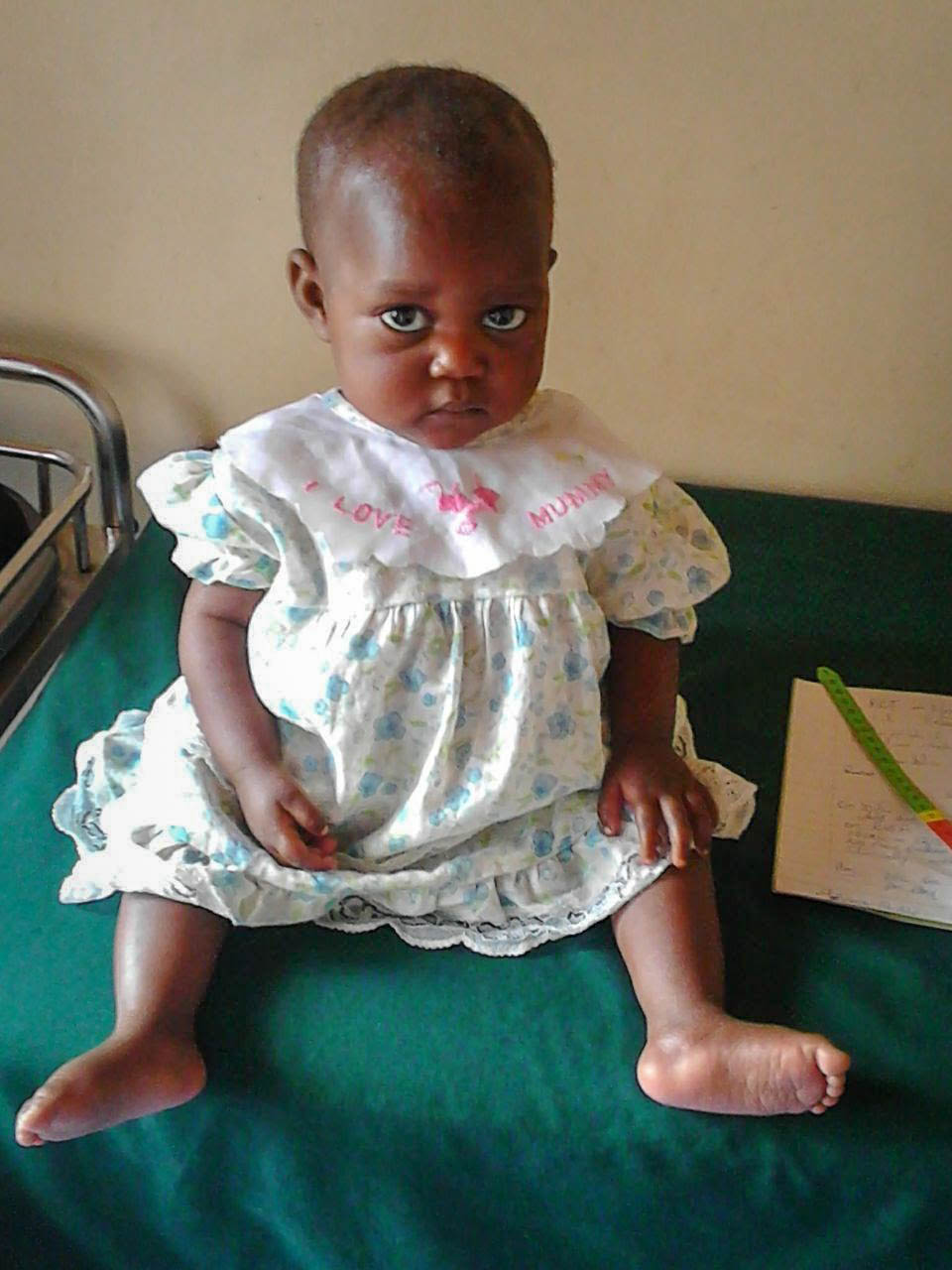 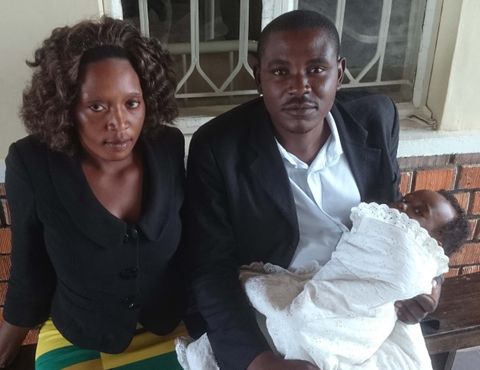 Peter* is a 12 month old boy who was recently admitted to us. He was scalded by boiling water that accidently poured from a saucepan onto the floor where he was playing. It burnt his legs, buttocks and groin. Peter’s family comes from the mountains in the neighbouring area of Bundibugyo, where there are not as many health services as in Kabarole. The little clinic the family took Peter to referred him to the large government hospital here in Fort Portal. He stayed there with his family for 3 days, receiving no treatment other than paracetamol. At this point his parents decided to bring him to Maranatha, where one of their friends worked.

Since then we have managed to treat his infection (which was quite nasty after 4 days of little care), clean and dress his wounds twice a day, remove the damaged skin to allow new skin to grow, and ensure he is fed high protein food to aid in healing. We were well supported by some burns experts in Australia who gave helpful advice where it was needed. He was with us for around 3 weeks and his burns were healing really well. He was discharged with and will have regular follow up for a month or so to ensure things continue on the right track. We are very grateful to our staff for the care and concern they have shown to Peter and his family. 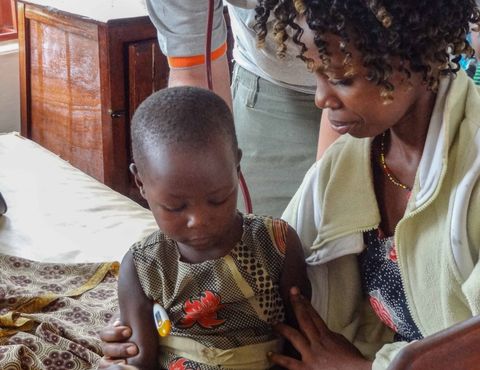 Sarah* is a 2 ½ year old girl who was admitted with worsening malaria. Her mother, also sick was malaria, was admitted beside her so that we could treat them both at once. Sarah was treated with intravenous antimalarials and rapidly improved. Her mother was so impressed with the care and the low cost of treatment that she has become one of our greatest promoters, with quite a number of new patients saying they had been referred to us by her. In fact, her mother found the treatment so cheap that she laughed when told the price! 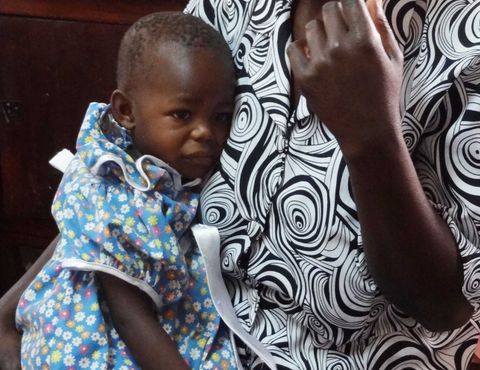 Grace* is a 1½ year old girl who was carried rapidly into our reception area in the arms of her grandfather. As he presented her to our reception staff he said, “her older sister has only recently died and we cannot bear to lose another.” Our staff worked quickly to assess the patient, provide her with oxygen and deliver vital antibiotics to treat her pneumonia. She was monitored closely and slowly weaned off the oxygen, and after several days was discharged home well. The whole family expressed their gratitude that their daughter and granddaughter had been saved. They were even more amazed that the whole bill was around $20. 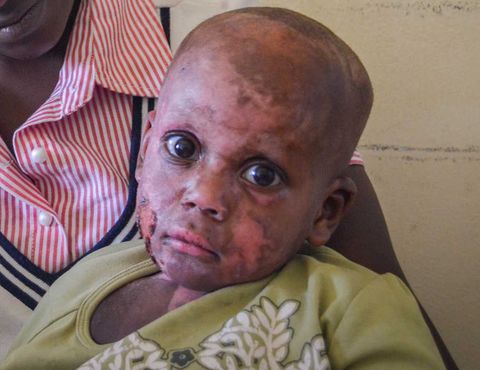 All too often children in Uganda suffer accidental burns from stews/liquids. This little guy, Kato, was one of them. He was playing near the cook stove when he fell into a boiling saucepan of beans, and was burnt on his hands, chest, neck and head. He couldn't open his eyes for the first 3 days and was in terrible pain and distress. Fortunately Kate's parents brought him to MH. After weeks of TLC on the ward by the MH staff and his own parents, he made a wonderful recovery.
As he recovered his energy and vitality, he and his identical twin brother offered plenty of entertainment for us on the ward! 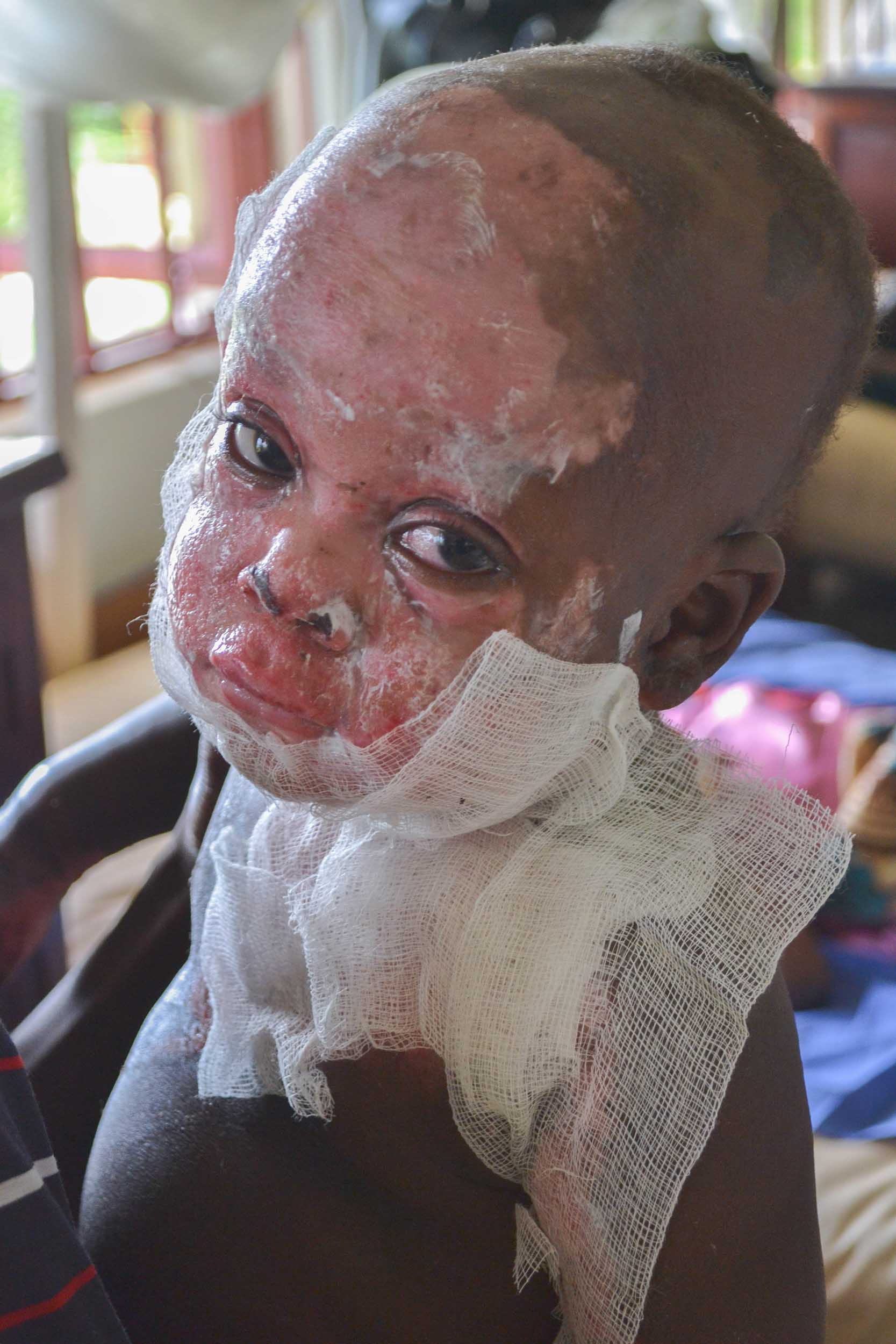 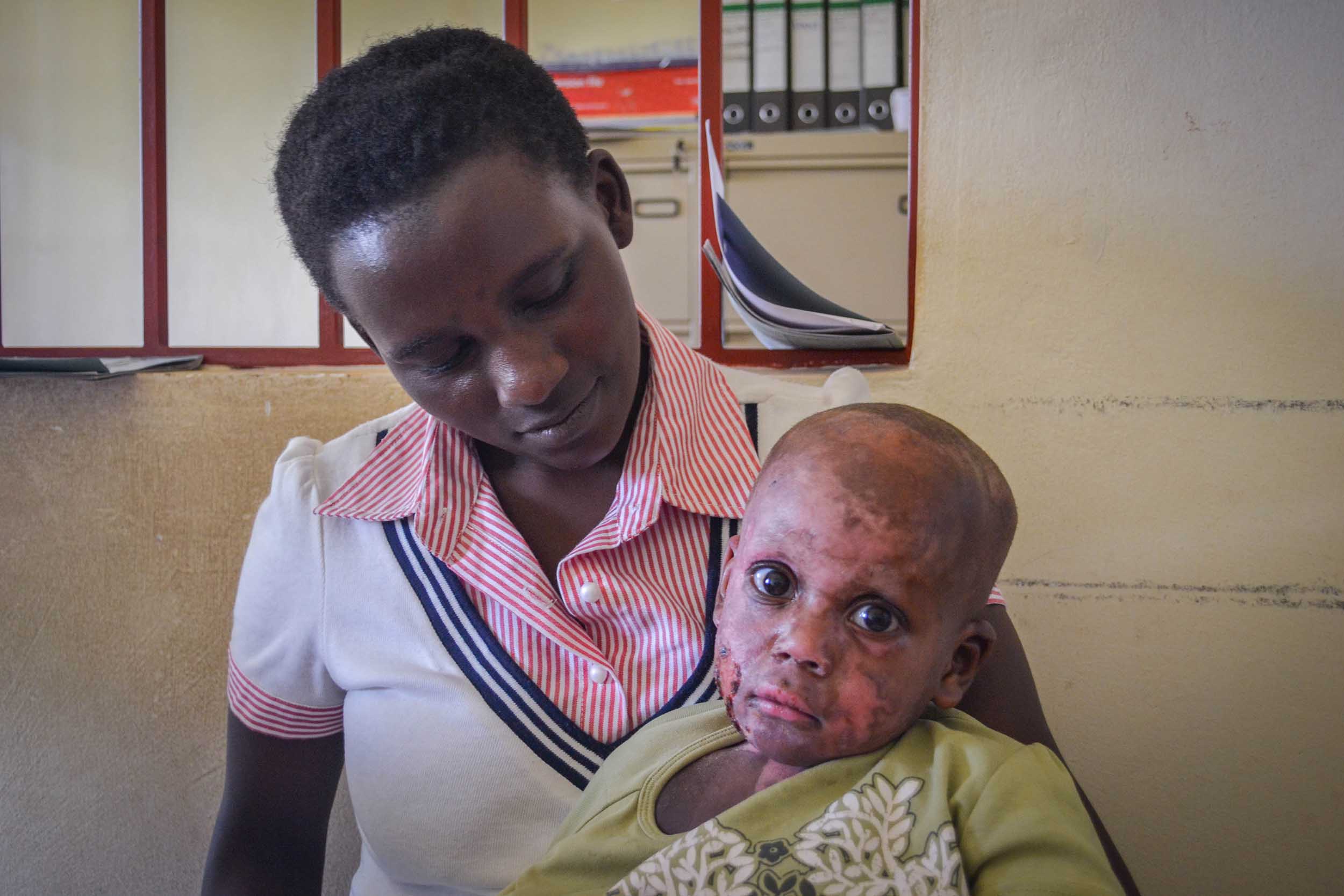 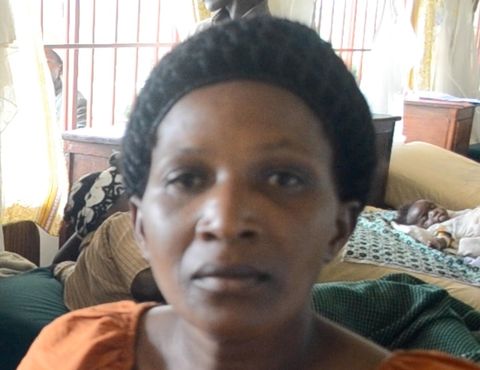 My name is Susanne, I live in Kybandara Parish, Kamwenge district.  I want to thank Maranatha for what they have done for my child. I left home for the hospital (clinic) when my child was in critical condition. I went to Rukunyu HC [Government clinic]. When I reached there, I found that there was no blood, and even the doctor was not there. Then from there I was referred to Buhinga or Kagongo hospital [both 1.5 hours away in either direction].

My child was very, very sick - I had already started crying for my child, thinking she would pass away. Because of lack of money for transport, I decided to go to Maranatha, because I have been there before, one month ago, and last time I was here, the treatment was very nice. My heart told me that ‘you go to back to Maranatha Health, they must be having blood’.

When I reached there, the doctor found out that my child needed immediate blood and oxygen. If we had gone to Fort Portal, because of the distance I think the child could have died on the way. Now I am happy, she is well, I can breast-feed her very well. I am happy the child is improving and I have hope that my child will be ok very soon.

I am very happy with Maranatha, because the clinical staff showed care. They gave blood to our child immediately. So Marantha has helped us very much. 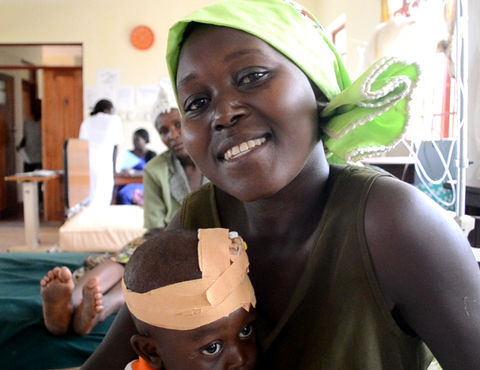 My names are Musimenta Evelyn. My child is 6 months old and she was sick from when she was born. She refused to drink, so I took her to many hospitals. She is sick inside the stomach, so they gave her medicines for deworming. After giving her the tablets, she still refused to eat and drink.

When I brought her to Maranatha, they worked on her and now she is improving. Now she eats, she drinks – and the costs I have paid (at Maranatha) are very low. I advise people in the village to go to big places like Maranatha. They first treat the child, then after they tell you what the problem is. They treat the child when they know what they are treating. 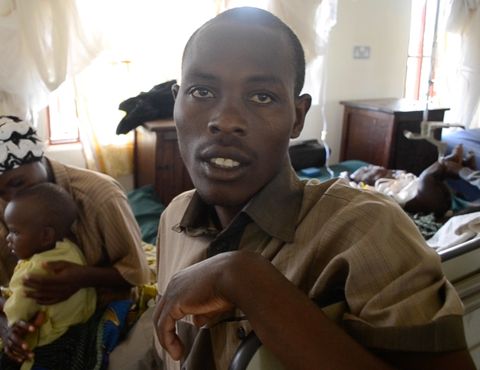 My name is Turyatunga Yohwel.  My child had high temperatures at 4pm, when it came to 10pm at night the temperature increased. We stayed at home with the child until morning – I though the child was dead, but on touching his heart it was still breathing [baby was unconscious].

We got the child, and brought him to Maranatha. When we reached the nurses attended to him very well. The child stayed unconscious for 3 days. After 3 days, my child became normal again. On the fourth day, he started eating and drinking again. We didn’t know we would reach the hospital with our child still alive.

Maranatha has helped us so much. Because when we were seeing our baby, if was if he was going to die. So Maranatha cared about us so much. 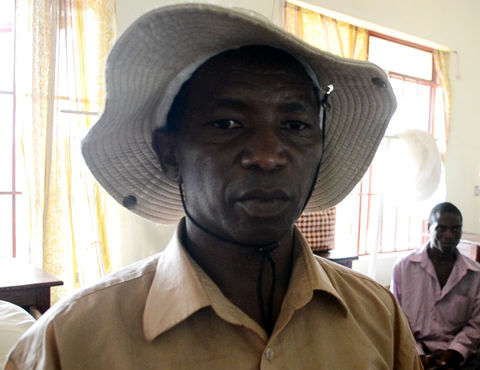 My name is Reverend Godfrey Zinkubire. I’m coming from Rukunyu Parish. My wife has been sick for one and a half months with malaria. I went to [a government clinic], and patients were not there, the staff were not there. I realised my wife was not getting adequate treatment so I decided to take her home. On reaching home, she insisted she be brought here as she had been to Maranatha before when she had a chest problem and she was well cared for. Since we have arrived, my wife is improving and I have much hope she is going to get better.

I find the services at Maranatha very good and I am regretting that I didn’t come here earlier. My wife would have got better quicker. Now I am seeing a lot of improvement – everyone is caring. I am seeing every bed has everything that is needed. According to me the services are better than those in Mulago [national referral hospital]. When you call the nurses, they come immediately. I am praying to God to bless Maranatha Health.

Give monthly to ensure children can access the high quality care they deserve: We know that there are no quick-solutions to poverty and broken health systems. We are committed to our communities for the long-haul, to see children thriving and able to access life-saving care.